On the battlefield, it is not only the courage and discipline of soldiers that matter but also the reliability of the mission-critical systems. All the equipment, be it weapon systems or vehicles, need to function seamlessly at the precise moments to ensure the success of a mission. However, designing and developing robust and reliable combat systems requires trustworthy and proven minds that can ensure the best outcomes.

This is precisely where the Naval Group cements its mark. The company is dedicated to designing and building some of the best defense systems, including submarines and surface ships. Founded in 1631, the company has a centuries-old reputation for being an all-around expert in naval defense. Even today, under the leadership of Pierre Éric Pommellet, Chairman and CEO, Navy Group continues its legacy of shipbuilding by producing custom-tailored ships according to every Navy’s needs to the finest detail.

Naval Group’s surface ships are efficient, reliable, and scalable, and are specially built to handle all types of warfare, command naval aircraft operations, and humanitarian missions. These ships are capable enough to counter differing kinds of threats, including conventional, cyber, and asymmetric, by leveraging the most advanced technologies and cutting-edge equipment. The high-performance sensors and the low acoustic signatures of the ships can detect even unidentified ships. The aviation installations in these ships allow helicopters to operate effortlessly under all sea conditions. In addition, these ships offer the highest interoperability through strategic data links that assist the coordination of allied combat systems.
At the same time, the submarines developed by the Naval Group meet the highest standards of excellence, innovation, and operational performance. Whether it is conventional submarines, nuclear ballistic submarines, or nuclear-power attack submarines, the clients can count on their reliability to ensure positive mission outcomes. Scalability being the key factor, these submarines are fitted with next-gen digital systems that can be upgraded as required. Besides, the company also provides an integrated cybersecurity architecture that can perform excellent real-time surveillance to handle cyber threats. Above all, Naval Group also offers underwater weapons, naval systems, equipment, and other services to complement its product offerings.

Furthermore, the Naval Group finds pride in its unique positioning in the defense industry. Unlike other companies which operate only in a single area of the naval chain, this company looks over the whole cycle of a warship, including its preliminary studies, design, and the functional and physical integration of the systems. Moreover, it is a fact that navy ships should possess the capability to survive through threats and attacks, and the Naval Group guarantees to fulfill those needs.
Notably, what differentiates Naval Group from other contemporary manufacturers is the company’s extensive experience in the area of naval defence. Naval Group understands the typical challenges defense stakeholders face with combat shipbuilding, and as such, tries to resolve these hurdles proactively for its clients.

Moving ahead, Naval Group is determined to follow its current trajectory in building mission-critical systems. The company is continually looking at its shipbuilding landscape in providing reliable and superior vessels for various navies to efficiently carry out their duties. The future, hence, seems bright for Naval Group! 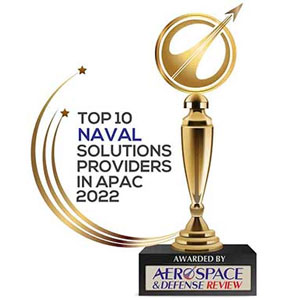 Description
Naval Group is a partner to its customers' maritime sovereignty. An international player in naval defence and heir to French naval know-how, Naval Group develops innovative solutions to meet the needs of navies