DAT-CON: The Future of Border Security

Stane Plaskan, CEO
Human traffickers and smugglers have for long been using European borders covered by forest and mountain ranges to move people and dangerous goods across the continent. In response, the European Union and nations working under the EU trade agreement have created Frontex, an agency to provide human resources to prevent breaches across its land and coastal boundaries. Well-purposed to add fortification, it is imperative for these authorities to have the best equipment that enables them to safely carry out their duties.

One chosen border security solution provider of Frontex is DAT-CON, a sensor and laser-based electronics maker that designs and builds utility-driven devices to prevent smuggling or illegal entry. In fortifying a nation’s borders, DAT-CON has developed many multi-sensor systems and a command and control software that allows border patrol forces to collect and analyze data from a single point—the SOVA Observation system. DAT-CON has partnered with leaders in many parallel market areas, such as optics, thermal imaging, and communication, to provide a holistic coastal and land border control system. Recognizing that other suppliers will need to have a cost-effective and fully data law compliant system, DAT-CON maintains an optimistic stance on combining its sensors with other similar data sources to help its clients prevent outside entities from causing disruption at protected and unprotected areas surrounding a border.


DAT-CON has won many European and international awards for exceptional equipment development and integration. It is a top contributor to the Schengen visa requirement standards.

With DAT-CON’s expertise, coastal and land border patrol forces have been able to stop smugglers from using treacherous terrain, DAT-CON has turned its focus to securing air traffic routes that are being used to smuggle weapons and drugs across borders. “Eight years ago, when drones first began to appear, we picked up a signal and identified a UAV carrying a possible load of illegal substances across the border, and this prompted us to develop and build the Lynx anti-drone system,” says Stane Plaskan, CEO at DAT-CON.

Eight years ago, when drones first began to appear, we picked up a signal and identified a UAV carrying a possible load of illegal substances across the border, and this prompted us to develop and build the Lynx anti-drone system

Recently, the Turkish Coast Guard, in a joint project with the European Union, acquired 10 new mobile observation systems from DAT-CON to protect against threats from previously unexplored territories. In terms of difficult-to-navigate areas or unidentified danger zones, Turkish border forces can now engage the hidden multi sensor systems to discover a possible target and view its transmitted content at a command center instead, of putting personnel at risk. The authorities can also mobilize a multi-sensor long-range drone to get a closer view, instead of calling in human aviation assistance. As distance plays a significant role in following a possible threat, DAT-CON also ensures that its observation systems can cover a wider area and feature a long-range, as well as an all-weather day/ night camera. Users can effectively view footage from every device, either at a location through a dashboard or from a command center of choice.

DAT-CON’s big break came when the government of Slovenia, in an effort to stop an influx of migrants through unverified channels, contracted for the deployment of multi-sensor devices across its national boundaries. In the 1990s, when Europe was witnessing record migrant entry, DAT-CON’s border protection and defense products played a critical role in helping operators and patrol forces screen migrants and deny entry to those engaging in illegal activities. The success of this initial project led to DAT-CON now covering almost 3,000 kilometers of European north-to-south perimeters a and 6,000 kilometers of non-European frontiers. Today, DAT-CON not only integrates border control solutions, but produces its own fixed, mobile and portable multi-sensor border patrol system (BoPaS). 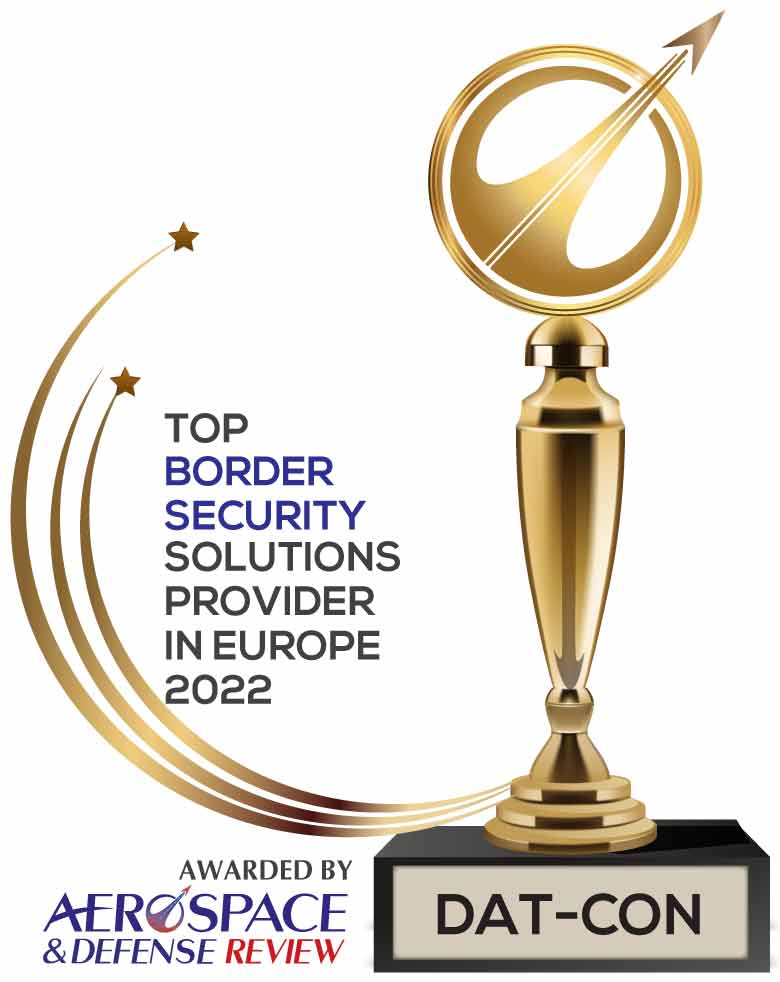 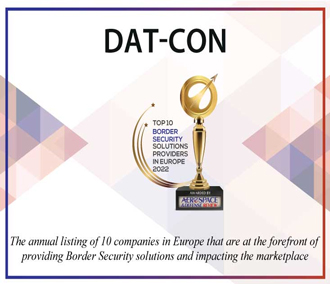 "Eight years ago, when drones first began to appear, we picked up a signal and identified a UAV carrying a possible load of illegal substances across the border, and this prompted us to develop and build the Lynx anti-drone system"