Brad Ahbe, President of CDF and Kropp Forge
The oldest known me t a l w o r k i n g process has come a long way from using a hammer and anvil in the 12th century for making simple shapes, to leveraging cutting-edge technologies for creating complex and sophisticated aerospace parts. However, like any other industry, only companies that have been able to be ahead of, and embrace, the technological transformations have been able to succeed. In that regard, not many forging companies can match the 100- year legacy that Ohio-based Canton Drop Forge (CDF) holds. Founded in 1903 as a small family-owned business,and later expanding their capabilities to forge aircraft parts such as propeller hubs, piston cylinders and retainers during the Second World War, CDF has established itself as a sought-after entity both domestically and around the world. The company has been able to broaden the scope of their business since their 2018 acquisition by Park Ohio, which also owns Kropp Forge, another forging company with a legacy similar to CDF’s. “CDF, along with its sister company, Kropp Forge, produce forgings for mechanical power, transportation, oilfield, defense, power generation and especially, the aerospace industry,” says Brad Ahbe, who leads both companies as President. “The companies also hold a large presence in the helicopter and the missile defense market and sell forgings all over the world”.
CDF’s expertise in engineering and die design services, metallurgical and nondestructive testing, dimensional inspections, and investments in the latest technologies enable them to provide superior custom closed-die forging solutions. CDF also provides in-house die sinking, saw cutting, and heat treatment services. They produce efficient and reliable custom forged parts using superior quality of steel alloys or superalloys. For example, making use of high-quality stainless-steel materials including Jethete(M152), 410, Custom 450, 17-4 and others, CDF is known world-wide forits forging expertise producing reliable and robust steam and gas turbine blades for the power generation market. They also manufacture aerospace structural forgings, wheel and brake components, and landing-gears, made from aerospace remelted alloys like 300M and other more technically challenging alloys, such as AerMet 100. The company is AS9100D certified and also has accreditation from Nadcap.

CDF’s industrial facilities leverage large steam hammers which can produce parts weighing up to 3,500 pounds. The company’s experienced metallurgical and engineering teams help design parts to specifications, keeping in view all the metallurgical requirements, material grades and processing requirements, to ensure fully acceptable products for their customers. Moreover, they utilize Lean Six Sigma techniques for production, which ensures better waste management and process efficiency. Many of their employees are trained with black and green belt certifications in Lean Six Sigma. The company also prides itself in its modelling capabilities. “Many times, customers come to us with a design on which our engineers can suggest improvements, so it better meets their machining needs. Or, our experienced metallurgical staff recommends improvements or changes in the metallurgical requirements and material grades,” adds Ahbe. Customer products are then thoroughly tested by in-house personnel to meet the most stringent performance criteria and specifications before shipping.

Ahbe further talks about how the company has always formed and engaged in long-term relationships with clients from different parts of the world including Europe, the Middle East, and Asia where they have been able to compete successfully as a result of low costs and unmatched customer-service. Recently, they worked on a top-secret navy aerospace program where the client approached them with a need for high-quality, difficult to forge parts, at a reasonable price and a critical timeline. CDF’s experienced team delivered products of unrivalled quality at the shortest time by collaborating with the customer throughout the process; from prototype development to production. As a customer-centric organization, CDF’s team promises to continue in delivering customers value.“We always look forward to meeting new customers and growing our base and product offerings, but our main goal is to maintain longstanding relationships with our present clients ensuring them utmost loyalty and satisfaction,” concludes Ahbe. 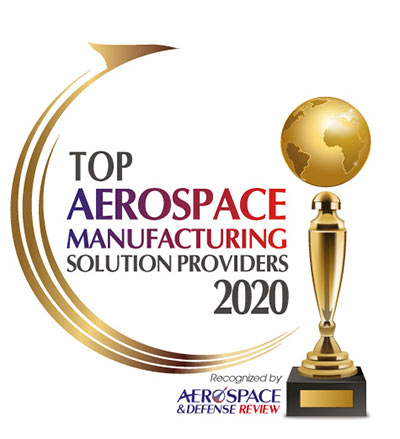 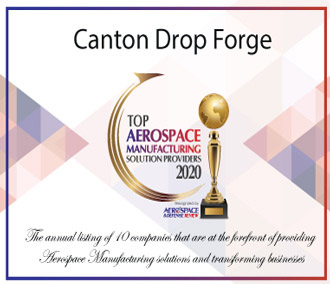