Juergen Zinecker, GM
The world is witnessing a drastic shift from fossil fuels to battery-based and renewable energy sources. All the sectors, including the military and defense, have a shared vision to reduce greenhouse gas emissions and increase electricity produced from clean energy. The 2015 Paris Agreement set out a global framework to avoid dangerous climate change by limiting global warming to well below 2°C, which forced military organizations to take actions to reduce their Greenhouse Gas emissions.

A company that has been at the forefront of this revolution toward greener and cleaner energy since its inception is AXSOL Ltd. established in 2012; the company has been working toward decarbonization and offering a reliable energy infrastructure.

The journey of AXSOL began during the Ebola crisis in Western Africa as the region was in dire need of mobile energy. The diesel supply was not available in that part of the world, so the team of international doctors demanded power produced from renewable sources. After thorough research on a reliable tech solution provider, the UN department partnered with AXSOL as the PB and battery specialists. During that process the company learned that there were no mobile, battery-based power systems which generate energy by renewables. This encouraged AXSOL to develop products based on renewable energy.

As modern military systems became more mobile and electronically sophisticated, there was a greater reliance on associated power sources. AXSOL decided to tap into their vast experience to develop applications for military and defense. The company’s wide range of robust solutions is currently used by the German Armed Forces, the police, and other authorities, with a security mission to set up energy infrastructure quickly, adapted to the climatic and regional conditions. From small portable devices to full facility service on large installations like multiple 40 foot ISO containers, AXSOL has it all covered. The highlyskilled team at AXSOL keeps these devices running over the long term and provides energy on a demand-oriented basis, both stationary and mobile.

Discussing the challenges in the military and defense space, Juergen Zinecker, General Manager of AXSOL, says, “There has been a significant increase of mobile electricity in military mobile applications.”

According to the statement released by The US Marine Corps, a 700 per cent increase organizations approached AXSOL seeking more reliable and higher capacity systems.
“Our mobile power supply devices are designed to military standards and can be used in all scenarios that require power supply in harsh environments,” states Zinecker, such as emergency forces, disaster relief, police, or firefighters.

As more military organizations have started recognizing the value of renewable energies and especially photovoltaics to achieve this goal, there is a huge conflict with the high demands of safety-critical infrastructure. As the number of mobile electricitypowered systems increases, so do the demands on the charging infrastructure. To keep the mobile battery storage systems running consistently, they have to be recharged repeatedly during use or deployment. The remedy are storage solutions that can compensate for peaks and lulls in green generation.

AXSOL plays a crucial role in helping military organizations set up a more reliable, flexible, and costefficient infrastructure with its large and small battery storage solutions which support existing diesel gensets by making them hybrid. AXSOL relies on photovoltaic solar panels and containerizable battery storages of various sizes and types that act as central charging stations, which helps militaries to keep the batteries running for a long time and keep diesel gensets off most of the time. These only need to be switched on when the batteries run low, which does not happen in standard use, therefore diesel becomes the back up and AXSOL’s energy container solutions (ECS) become the leading power supply. AXSOL’s solutions also support windmills, water turbines or fuel cells, and conventional fuels.

They work like large-sized power banks which can serve a block of a city.

For mobile applications the general idea is just the same,the ARVEY is only smaller and more lightweight so it can be hand-carried and used in mobile standard systems for missions. In combination with lightweight and foldable photovoltaic panels, they are equivalent to a 20 liter diesel canister, with the advantage that batteries are cleaner and much easier to handle. When empty, the modules can be exchanged for full canisters. This way full autarky can be reached in mission and demanding situations.

Additionally, AXSOL’s solutions help the power supply for camps by extending existing diesel gensets with big batteries built as ISO containers and renewables. Diesel gensets are hybridized which increases resilience and reduces cost of energy (OPEX) up to -70%. And, most importantly, the safety is increased since less diesel transports are needed, which follows the strategy of NATO. In the medium term the next step is the replacement of diesel gensets by using fuel cells with even more battery energy storage. At forces in any case of growing demand or energy transition - battery based energy storage is a key element, states Zinecker. The most appreciated effect for troops, it the quietness during nighttime when the diesel genset is off and the battery serves.

For such unparallel capabilities and contributions to make the world a better place to live, the German Federal Ministry for Economic Affairs and Energy rewarded AXSOL with the Innovation Award. With such products and solutions under its hood, the firm grows exponentially with each passing year. AXSOL has charted several plans for the future.

“For the next 12 months, we are integrating our solutions in several test scenarios, internationally at different forces in defense,” states Zinecker. The company has already deployed test equipment in German and French forces and has been monitoring for years now. On the technology and integration batteries front, AXSOL is offering Lithium Iron Phosphate batteries. It is the cheapest and safest high capacity application possible. The company is also heavily involved in developing a much safer battery, which is nonexplosive and non-flammable. Batteries are a key for the energy transition. To support a clean way of generating power we are also going to step into hydrogen applications. We add hydrogen fuel cells as clean energy carriers. In the long run, batteries and fuel cells will eliminate the fossil diesel consumption. ”concludes Zinecker. 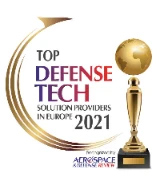 Description
AXSOL designs, develops, and produces autonomous power systems for mobile use - from generation and storage to efficient consumption. AXSOL’s solutions range from small portable devices to scalable energy container solutions. The company’s wide range of robust solutions is currently used by the German Armed Forces, the police, and other authorities, with a security mission to set up energy infrastructure quickly, adapted to the climatic and regional conditions. 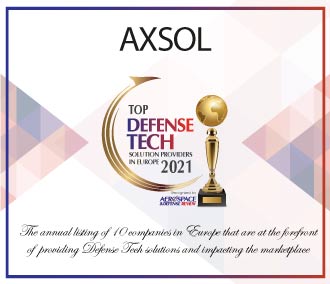 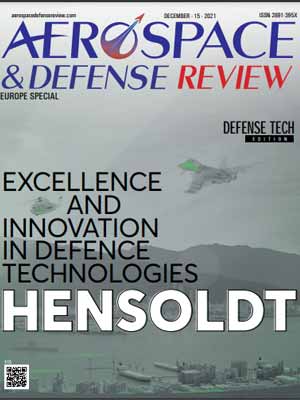