Mr. Kadri Muhiddin, Group Executive Chairman and CEO
In the Aviation industry for nearly 50 years, AMAC Aerospace has seen it all.

“Every project has its difficulties. But when there is proper structure in your organization, you can deal with all such operational hardships. This is not a one man job with a magic stick, it is a tight teamwork,” says Mr. Kadri Muhiddin, Group Executive Chairman and CEO of AMAC Aerospace.

The collaborative teamwork environment at its core is what makes AMAC Aerospace shine in the maintenance, repairs and operations (MRO) space. Formally incorporated in 2007, AMAC Aerospace started its operations by completing a Head of State project in November 2008.

AMAC Aerospace operates from eight hangars, five in Basel, two in Turkey, and one in France. Currently, the company is in a dialog with the Turkish Authority to acquire land—about 30,000 square meters—for two more hangars in Bodrum to accommodate three wide bodied aircraft.
AMAC Aerospace focuses on Corporate, VIP, and VVIP work, as well as aircraft that can range from 6-seaters to the largest civil aircraft, in operation at its hangars in Basel. The company’s Istanbul hangar is for small jets, like Dassault and Pilatus, while in Bodrum, the company does a mix of VIP and commercial aircraft work. As the system seems to be working well, AMAC Aerospace is looking to continue to expand.

Initially structured to work on civil and commercial aircraft, the AMAC Aerospace Group started receiving requests from clients to install anti-ground-to-air-missiles defence systems (SDS) on their aircraft. With its flexibility, strong engineering and design team, and unmatched system manufacturing capabilities, AMAC Aerospace managed to cater to these requirements successfully.

“We are now the only MRO that can integrate such a sophisticated and complex modification to civil aircraft,” says Mr. Muhiddin.

What separates AMAC Aerospace from other players in the market is its passionate and dynamic management team that is hands-on with their expertise and experience in the aviation industry. There is no bureaucracy in the system. By following a flat management structure, they ensure that all questions or requests from within the group or from its customers, it will be dealt with instantly. This is hard to find in such a sophisticated industry.

When AMAC Aerospace started, we were a small team of about 12 people. Now we operate with more than 1,500 employees across its theater of operation. We are still hiring high caliber staff and never stopped since incorporation, in response to ever-changing market demands and its continuous expansion strategies.

“We have already contributed, and are still doing so, to the MRO landscape. We did it in a very professional manner, but in a very short time. We are now the flagship of this industry,” says Mr. Muhiddin. 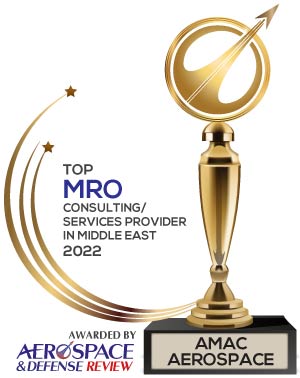 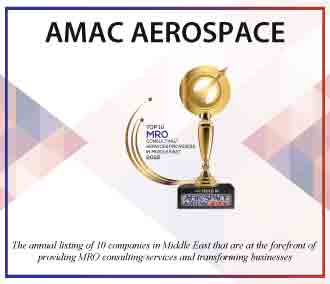