Ark Maciaszek, CEO
When an aircraft is airborne, its machinery undergoes constant stress from axial and radial forces and vibrations. The bearing, which is at the core of all aircraft machinery, has to be retained so well inside its housing that it can withstand the enormous pressure and force when in motion. As the wonders of technology such as additive manufacturing entered the world of aerospace, bearings’ mounts evolved to become not only more lightweight but equally stronger and more complex. As a result, the space around the housing of a bearing got increasingly limited to the point that it is near impossible to maneuver standard tooling around the housing without destroying the surrounding components. Now, when aircraft bearings wear out, aerospace mechanics have great difficulty replacing them and end up repurchasing the whole assembly to avoid the hassle.

On a mission to make their lives easier is Aero Staking, a company specializing in design, manufacturing and service of bearing installation, removal, and testing tools. With the goal to make specialized and custom-built tooling that will fit any application, Aero Staking designs a cutting tool that cuts off the flanges of the old bearing without damaging the housing of the bearing. “There is a great amount of savings in money and time in using our tools to change the bearing only, and save the rest,” says Ark Maciaszek, CEO of Aero Staking. “We take the environment obstacles into consideration and make specialized tooling that the operator can maneuver, rather than selling standard tooling that doesn’t fit.”

After cutting the edges of the bearing, most aerospace mechanics go on to remove it using a hammer or a mallet. As the hammer does not offer any precision, tapping the old bearing out can cause significant damage to the housing. With precision being the key component in Aero Staking’s products, the company offers another tool dubbed the Aero Staking Installer/Remover (ASIR), specially designed to push out the previously cut, old bearing as it effortlessly pulls in the new bearing into the hinge’s bore. The ASIR provides significant savings for the customer by combining two tools into one.

Then with the bearing installed, the next step is to retain the bearing so that it can withstand both axial forces and vibrations that work against it. While anvil staking remains the simplest method of bearing retention, the company works toward replacing all primitive and potentially dangerous anvil stakers with their newly designed tri-roller swaging tools. Ark strongly advocates rolling swaging as the process offers more controllability, safety, and reliability over old-generation tools.

However, as Aero Staking’s specialty is staking and also the inspiration behind its name, the company continues to manufacture spherical ball and segment impression staking tools as alternative retention devices for bearings without a race groove or lip at their edges for swaging.

Aero Staking also created the Bearing Proof Loader, a mechatronic device to proof test the quality of bearing retention to ensure that it withstands axial forces and vibrations working against it. The tool has become indispensable and even a requirement in bearing installation or replacement procedures of aircraft parts of major OEMs. Furthermore, to make sure that the bearing was not damaged during the process, Aero Staking offers a breakaway torque testing tool that breaks the torque of the inner race of the bearing while recording its maximum value.

Revolutionizing the Market of Bearing Installations

The story behind Aero Staking’s genesis dates all the way back to WWII when Nazi Germany bombed a Polish munitions factory in Eastern Poland and reconfigured it to produce machine parts for the Heinkel aircraft. Post war, when the Allies took over, the manufactory started producing all kinds of bearings for free Europe. At that time, Lucian Borowski, a core product and process designer, had been working in the factory mastering the secrets of custom tooling for specialized bearings. Borowski brought over that knowledge to the U.S. where he joined forces with a few other European and American engineers of Aero Precision Corp (now APMC) in the sixties.

Then at the onset of the nineties, Ark Maciaszek entered the team as a young engineer imbuing the novelty of innovation into their manufacturing process. Years later, as he becomes president of the company, Maciaszek goes on to create a sister company to concentrate purely on specialized tooling for aircraft bearings, thereby bringing Aero Staking into existence. Focusing on customer needs over profit, Aero Staking is creating new products that revolutionize the market of bearing installations.

With everything manufactured in-house, Aero Staking ensures the maintenance of their tooling to the quality standard of AS9100. The company makes good on time with the help of its local suppliers, purchasing only the best quality materials available on the market. “Any given tool of Aero Staking lasts forever because we buy the best materials to make our tools workhorses,” says Maciaszek. The company’s two centralized facilities are also in a prime location near the O’Hare airport, where they assist airlines directly in dealing with Aircraft on ground (AOG) situations, whether those involve landing gear, rudder or engine mount bearing.

With bearing installation, removal, and testing tools being the company’s specialty for decades, Aero Staking is truly a leading “one-stop-bearing-tool” solution source in aerospace manufacturing. More than just a manufacturer, the company has solved problems as well as designed innovative solutions for its customers and supplying partners throughout the years. Notably, the company developed custom tooling systems for United Airlines, costing them only the price of new bearings and a one-time purchase of Aero Staking’s toolkit.

A particularly interesting instance for the company was when they won the contract to design and build a specialized tooling kit for the Joint-Strike Fighter for its three-bearing swivel nozzle. These toolkits are now to be present with every serial number aircraft that resides on US Nimitz-class nuclearpowered aircraft carriers. Impressed with the company’s capabilities, Brazilian multinational aerospace manufacturer Embraer invited Aero Staking over for a demonstration of their specialized tooling kits. Embraer went on to purchase the kits and have been successfully using them on their newest product.

In an effort to further accelerate their existing processes, Aero Staking plans to double up on more state-of-the-art computer-numerical-control machinery. Even on the software end, the company has been investing heavily in CAD/CAM and ERP systems to stay on top of available technology, cementing Aero Staking’s continuing leadership in specialized bearing replacement tools. 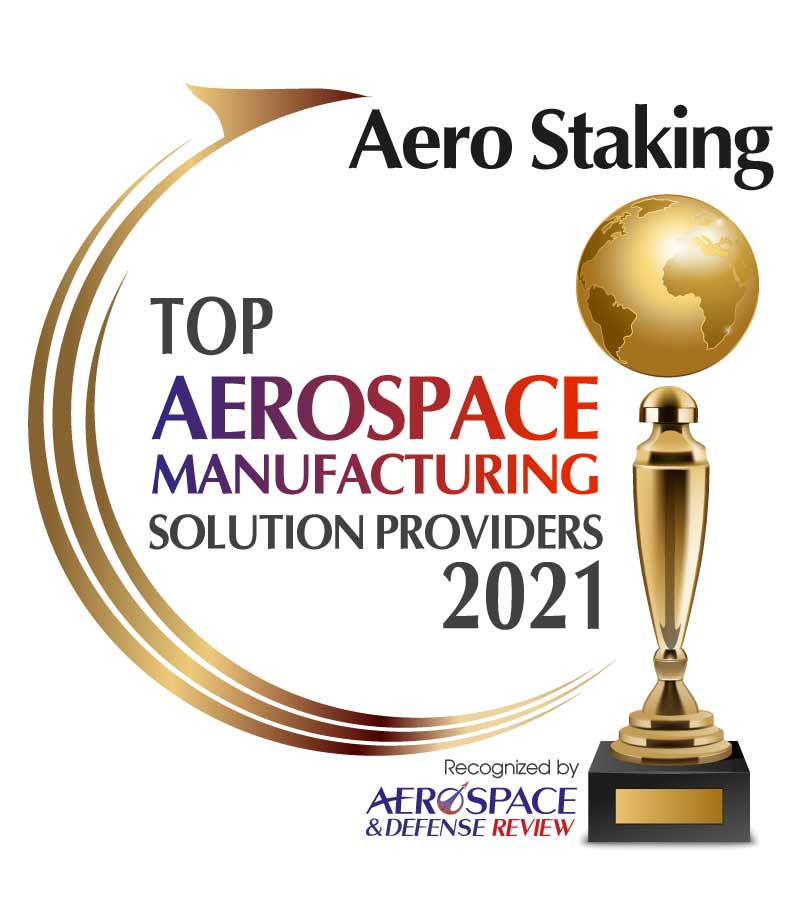 Description
With over 40 years of experience in the design, manufacture, and service of bearing installation, removal, and testing tools, Aero Staking has established itself as the industry's 'One-Stop-Bearing-Tool' Solution Source for manufacturers, subcontractors, users, and maintenance, repair, and overhaul facilities. Aero Staking takes pride in being the most cost-effective supplier of bearing tools with the quickest and most dependable delivery 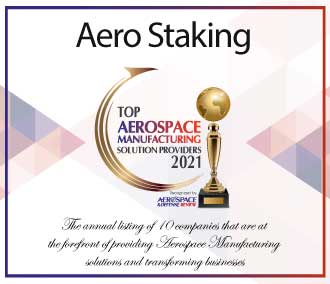