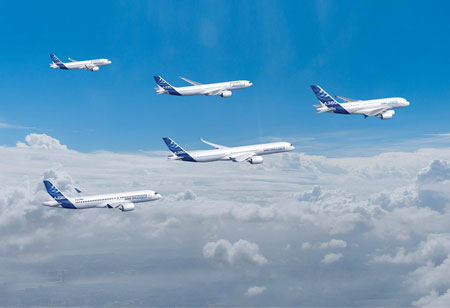 Airbus, with fifty years of experience, is an example of a truly integrated European company. Born out of political foresight to implement an extensive industrial collaboration between several European countries, the company is one of the genuine challengers to the U.S.' worldwide monopoly, ensuring that they compete on equal terms

Fremont, CA: Over the last 50 years, the close collaboration of Europe's visionary leaders has contributed to the successful growth of the global aerospace industry. After achieving many milestones, the space industry now looks to reach the next frontier of achieving zero-emission electric flights. Initially expected to run over short distances, the electric aircraft will fly over long distances and across borders over time. The European aerospace and defense industry is vital to the economic success and security as it employs 844,000 people and the total output from the sector amounts to USD 242.5 billion.

Airbus, with fifty years of experience, is an example of a truly integrated European company. Born out of political foresight to implement an extensive industrial collaboration between several European countries, the company is one of the genuine challengers to the U.S.' worldwide monopoly, ensuring that they compete on equal terms. Airbus is one of the global market leaders in the aerospace and defense industry, enabling Europe to regain its autonomy in a strategic sector. As of today, an Airbus aircraft takes off or lands every second of the day somewhere around the world. Airbus Helicopters, a subdivision of Airbus, has produced nearly half the helicopters operating worldwide.

Currently, Airbus is working on exploring sustainable aerospace for a safe and united world. The company looks to implement innovative and disruptive flying solutions. However, the challenge Airbus faces is to reduce greenhouse gas emissions from aircraft. The company has also set itself ambitious targets for the same with industry partners like the Air Transport Action Group. Simultaneously, Airbus looks to preserve Europe's leadership in aerospace by making considerable investments in research and technology that will lead to the progressive decarbonization of air transport with new aircraft designs, new propulsion technologies, and alternative fuels.

Airbus recently demonstrated its latest innovative technologies, products, and services that meet the aerospace industry's requirements for today and tomorrow. The company has been working on the development of electric and hybrid-electric propulsion technology for air vehicles as well as commercial aircraft. In order to achieve zero-emission flights over long distances, Airbus is developing the E-Fan-X, a hybrid-electric aircraft demonstrator, along with cleaner alternative fuels for its existing fleet. The E-Fan is expected to pave the way for the future of zero-emission flights, which should become a reality by the 2050s.

However, to maintain and reinforce its position as the center of innovation for future decades and achieve its emission-free goals, Europe needs continued support and funding from the European Union. The close cooperation across borders in the aerospace industry is unmatched. France, Germany, and Spain have collaborated to develop the Future Combat Air System, which shall connect manned and unmanned aviation systems and platforms. Programs like CleanSky and SESAR have been the catalysts for the deployment of new technology-based solutions in the aerospace sector, making flying cleaner, safer, and quieter. Currently, the European Union enjoys a position of strength in the industry. With continued support and smart investments in research and development to shape the future of this strategic sector, The European Union can retrace the steps of its visionary leader who had set out to achieve space domination.