Othniel Mbamalu, Founder, CEO and CTO
Socrates, one of the greatest philosophical thought leaders of all time, once said, “Man must rise above the Earth—to the top of the atmosphere and beyond—for only thus will he fully understand the world in which he lives.” Little did he know how his words would ring true in the next two millennia and completely redefine the world we live in.

Today, we are indeed at the prelude of becoming a space-faring civilization, spreading our wings beyond the Earth’s atmosphere. And among the visionaries who are making this ‘space voyage’ possible, the story of Othniel Mbamalu is quite inspiring. From a very young age, Mbamalu was fascinated with the idea of space exploration. But he saw that space launches were something that can only be attempted by large organizations. Young Mbamalu, determined to change this status quo, patented his first cost-effective hypersonic technology at the age of 16 and has been iterating and innovating ever since. His journey did not stop there. He founded his company, Advanced Rockets Corporation (ARC) in 2016 with the goal to use his technologies to provide robust and economical launch services. Today, leveraging advanced hypersonic air-breathing propulsion technology and leading-edge space vehicle design, ARC is developing the system that will help organizations previously priced out of the industry conduct space missions every day.

According to Mbamalu, CEO and CTO of ARC, while reusability is an important factor for reducing the cost of access (ARC’s vehicles have a lifespan of up to 400 missions), high rates of utilization and intact abort capability are even more important. Scalability and flexibility in terms of launch capacity and mission set are essential to determining whether or not a system is worth its cost of development.

This is where ARC is paving the way for a vibrant space economy that is accessible and affordable to everyone. “Our launch system isn’t just reliable and reusable. It is also incredibly flexible which makes it possible to provide more launches at lower costs—enabling new space entrants the ability to conduct commerce, research, and manufacturing in LEO and beyond,” notes Kelli Kedis Ogborn, President and COO of ARC. The system can be customized and scaled to the requirements of its mission, allowing the customer unprecedented control. Furthermore, if there is an anomaly during flight, the inbuilt mechanisms redirect it safely back to the site without having the need to destroy the entire system (a common procedure for current launch systems). Finally, ARC is not limited by specific launch sites and can carry out launch procedures from almost anywhere.

Most current launch systems are designed for a single mission set with very narrow parameters, and therefore fail to deliver on these requirements. This singular approach makes it nearly impossible to grow the launch market and expand the space economy as a whole, which is why efficiency and reusability are only part of the solution. 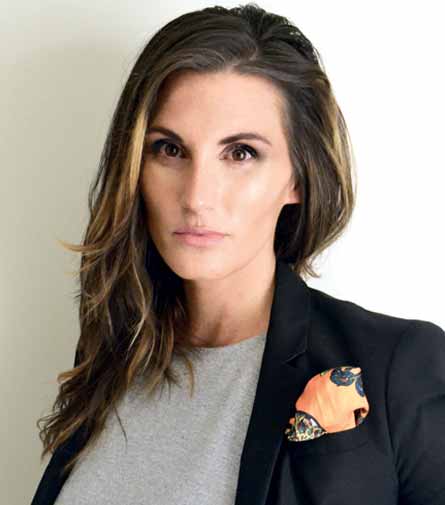 Kelli Kedis Ogborn, President and COO
ARC’s vehicles don’t just provide a higher degree of performance; they represent a fundamental shift in how launch vehicles are designed and what they are designed to do.

ARC’s launch system design offers up to 700 percent gains in efficiency over competitors, thanks to the company’s advanced aerodynamics and proprietary hypersonic air-breathing propulsion technology. Notably, ARC’s propulsion system combines rocket and hypersonic air-breathing technology into a single engine, significantly reducing deadweight and increasing thrust. With an average thrust/weight ratio of up to 40:1, ARC’s propulsion system can independently generate thrust from idle to Mach 10 with an estimated specific impulse (ISP) of over 2000, which is a substantial upgrade over the current average of approximately 300 ISP for chemical rockets. ARC’s gains in ISP enables the system to carry 27,000kg to LEO.

Furthermore, the performance of this state-of-the-art propulsion system is multiplied by the intuitive capabilities of the launch vehicle that it powers. A robust heat management system integrated into the vehicle enables it to function even at high temperatures without negatively impacting its flight trajectory or introducing structural or safety concerns. Owing to its sophisticated geometry and meticulous aerodynamics, ARC’s vehicle is optimized to reduce drag and increase speed during flight, while maximizing drag during re-entry by a simple change in orientation for a smooth landing. Thus, the mission-specific modifications, safe abort, and high thrust offered by ARC’s launch system significantly expand the envelope for facilitating reliable and affordable commercial space flights.

Setting the Course for Success

“Behind the curtains, the diverse leadership team at ARC is playing a significant role in shaping the company and propelling it forward,” says Kelli. The engineering team is supported by Dr. Periklis Papadopoulos, a former NASA engineer who led the Mars Curiosity program. “Dr. P,” as he is familiarly called, not only provides guidance as a program advisor, he also performs much of the mathematical and computational substantiation for the system design. Meanwhile, the executive team is made up of professionals with a wide range of complementary skillsets. Whether it is Kent Judy (Co-Founder/VP avionics), with his robust technical and engineering background, Dane Matheson (Co-Founder) and Trever Gregory (Co-Founder) with their Silicon Valley expertise, or Kate Lucey Mace (Chief-of-Staff) and her experience in science communication, the ARC team is constantly pushing the company to new heights.

Likewise, the ARC team has also been fostering a collaborative mindset when working with its clients, and have built an advisory board of government, technical, and business growth experts. As Kelli says, “Space is both collaborative and competitive. The landscape is always changing, and it is prudent to keep a finger on the pulse of the industries surrounding it.” Whether it is the traditional sectors like satellite launch or the nascent fields like biotech and additive manufacturing, space tourism, and asteroid mining, ARC is continually monitoring the trends in these industries to be prepared for future client requirements.

Moving ahead, ARC will continue improving and validating its critical technology components that are still in development. After bootstrapping, the company is now raising their seed round, which will further the goal of expanding its capabilities. By continuously upgrading its technology, ARC will eventually move toward manned missions and high-speed point-to-point civil aviation. “With the power of our people, our technology, and our strategic partnerships, we will keep building up our capabilities and pushing the boundaries of possibility in aerospace,” concludes Kelli. 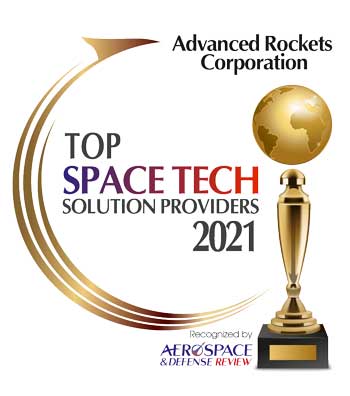 Description
Advanced Rockets Corporation (ARC) specializes in the design and development of hypersonic technology and space vehicle systems. Through its innovative and ground-breaking innovation, ARC is making space more accessible to everyone and propelling the aerospace industry into the future. The company’s design approach focuses on challenging and rethinking the role of time-tested, tried-and-true technology while pushing the boundaries of what is possible through robust and cost-effective launch systems 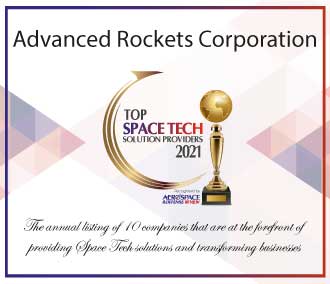 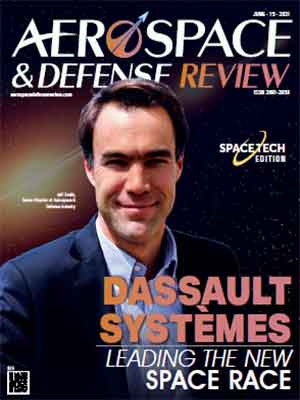